Most people get a bit confused over whether reissue and renewal of passport mean the same thing in India? But in India, passports are not renewed but instead, they are re-issued. That means, the old passport is cancelled and then a new passport is given to an applicant with a validity of 10 years, starting from the date of issue. That is why passport renewal and passport reissue means the same thing in India, thanks to the fact that both terms can be used interchangeably.

How to reissue passport in India?

Methods of applying for passport through online

Nowadays, the passport renewal application process is available online in most states throughout the country. There are mainly two methods used for passport renewal in India. They are namely-

Validity due to Expiry -Renewal Of Indian Passport Before Expiry Date

What should I do when my passport is scheduled to expire in one year?
In such a case, you can apply for passport reissue one year before the expiry of your existing passport, as long as there aren’t any changes in your personal details.

First, you need to fill up a passport application form and then apply for reissue of your passport. After that, submit the completed application at the nearest PSK within the jurisdiction of the Passport Office.  Remember to carry the original as well as a photocopy of your old passport together with all the supporting documents bearing proof of your current address. And in case your passport got expired more than three years ago, then police verification may be required in such a case.

How to apply Re-issue / Renewal of passport With us

We at Amsham Travels provide complete assistance in applying for Renewal of passport. You can upload the required scanned documents through our online application form or can be sent through e-mail to passport@amshamtravels.com. We will check for completeness and let you know the further procedures.
Apply Renewal of passport With us

Documents Required for re-issue of passport

3.Proof to affirm that you belong to Non-ECR Category:

The various Non-ECR documents required are listed below for your reference and any one or more can be submitted with the passport application form.

In cases of a reissue of passports, the passport office will demand the applicant to submit his / her old /expired/damaged booklet.

5.Self-attested photocopy of first and last pages of the passport booklet:

The first two and last two pages of the old passport being submitted along with the application for reissue must be self-attested by the applicant.

If an appointment made through online, the passport office would demand a print out of the final page that confirms the payment, time, and date of the appointment

1. Can I renew my passport from any PSK in the country?

No. However, you can still have the option to select between the PSKs under the Regional Passport Office( RPO) of your location. Each Indian state has at least an RPO. If you are applying for your passport renewal online, the first thing you are required to do is to choose the right RPO and then book an appointment with them.

2.Will the passport number change once I have validated my expired passport?

How to apply for Fresh Passport Us

We at Amsham Travels provide complete assistance in applying for passport. You can upload the required scanned documents through our online application form or can be sent through e-mail to passport@amshamtravels.com. We will check for completeness and let you know the further procedures.
Apply passport with us

How to Get a Tatkal Passport

Passport For Minors How To apply

How To Track Your Passport Status

Procedures To Be Followed At The PSK Center

Apply For A Fresh Passport 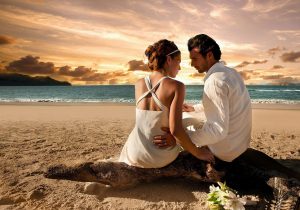 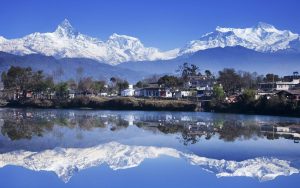